We are at a point in the video game industry where if you release a AAA retail game you charge $60 for it.  This is nothing new, but it’s stuck out to me lately.  Video games are so diverse in what they offer, so why doesn’t that diversity carry over into the way they are sold.  Just using it as an example because it came out so recently, Uncharted 4 is the perfect encapsulation of what you would expect the average $60 game to be.  It has a 15 hour campaign with incredibly high production values and a well made multiplayer mode.  I think it is reasonable to use as a baseline for how we should price video games.  The problem is that not every game is Uncharted 4.  Some games are bigger, some are smaller, and some only have one of those two modes.  Yet they all share one thing in common; their price.  And while it’s easy to complain about this on the consumer end, I also have to wonder about how it affects the developers.  Poor sales of the original Mirror’s Edge are the main reason it took so long for a sequel, but if EA removed that game from November and put a $30 or $40 price tag on it would people have been more willing to take a chance on a weird parkour game that they heard was good but flawed and kind of short?  Would Street Fighter V not be one of the biggest sales disappointments of the year if they decided to charge less money for a game with less features than its predecessor?  Or if THQ charged $15 less for the original Darksiders would it have become the franchise they wanted it to become and saved the company?  Maybe the answer to all of those is “no”, but I do think the mid-tier publishers that mostly went away last generation could have experimented with ideas like this.  There are plenty of reasons for games to change their entry price and a few that have and have been successful because of it.

Indie Games Getting It Right Independent games have become a prominent part of the industry over the past ten years.  We have now reached the point where indie games are starting to expand in scope and size.  As they do this, they also expand in price.  The Witness, which launched earlier this year, came out at a $40 price point, and No Man’s Sky, which launches in June, is going to cost a full $60.  Of course we can’t speak for No Man’s Sky yet, but there is no world in which The Witness was not worth the asking price.  That game is incredible, large, and it took seven years to develop.  However, that of course led to a lot of people complaining about the prices of these games.  Thankfully this seems to be a minority and The Witness has been very successful.  This is good because if we break the mindset of indie games being cheap, they might grow to replace the mid-tier publishers that have mostly gone out of business by now.  And while I don’t want to make this an entire blog about internet backlash, I do want to discuss how things like PlayStation Plus and Steam Sales make us devalue certain types of games.  Ultimately these programs are good for consumers, but it also makes people hesitant to buy independent games at full price.  It is part of why I have so much respect for Yacht Club Games.  Shovel Knight was a huge success, yet the game retains its $15 launch price almost two years after it released.  The game also rarely goes on sale, has not been a free PlayStation Plus game, and has not been in any bundles.  In an interview with Nintendo Life, the creators said that they didn’t want to devalue their game overtime and instead have looked to add value by adding free DLC to the game.  They cite Minecraft as a game that has actually gone up in price since its first launch.  However, other developers see a great amount of success and are able to get their brand out there by lowering the price of their game.  All of these are viable solutions because currently, indie games have a level of flexibility on the pricing scale that AAA games don’t have.  They should be used as an example for the AAA industry moving forward about how not every game needs to be $60.

Multiplayer Only Games Should Lower Their Price 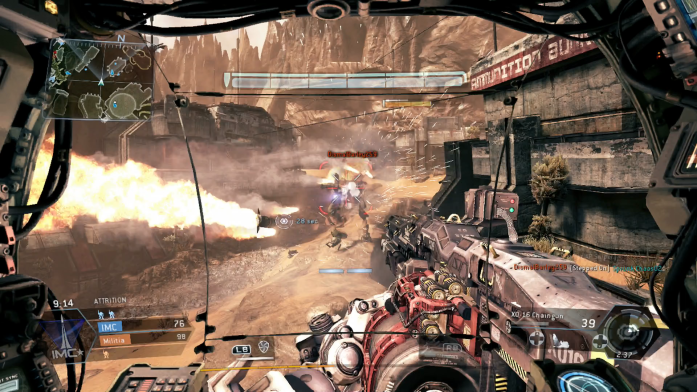 Last generation, first person shooters switched their primary focus to multiplayer.  The multiplayer in Call of Duty, Battlefield, and others started to become the primary draw, while the campaigns of those games became a secondary thing that many players don’t touch.  Those two franchises have stuck with campaigns, and they can be fun, but this generation Titanfall, Star Wars: Battlefront, Rainbow Six: Siege, and pretty soon Overwatch are all games that do not or will not feature campaigns.  However, all of them also launched at $60 while receiving criticism about lack of content from both press and fans despite generally positive impressions and seemingly good sales numbers.  The now-in-development Titanfall 2 has promised a singleplayer campaign largely due to these criticisms, but I don’t think that is the right solution.  In fact, I think the person with the right idea is Cliff Bleszinski with regards to his upcoming game LawBreakers.  LawBreakers is a multiplayer shooter that will not feature a campaign.  Bleszinski said in an interview with PC Gamer that the campaign for an FPS is typically 75% of the budget being dedicated to a portion of the game that some players never see and many run through in a weekend.  It doesn’t make sense to dedicate so much time and money to such a small part of the game.  Plus, a game with a singular focus can often be a better game because of it.  It’s part of why I respect these games deciding to go multiplayer only.  However, they should also drop the price if they are going to do so.  There is no price announced for LawBreakers, but Bleszinski said at GDC that it will not cost $60.  Charging $40 for these games while not developing a singleplayer portion allows the developer to spend less money on the game while not making the consumer feel like they are being burned because of it.  It’s a win-win solution that more developers should be looking towards.

And Maybe Short Singleplayer Games Should Too 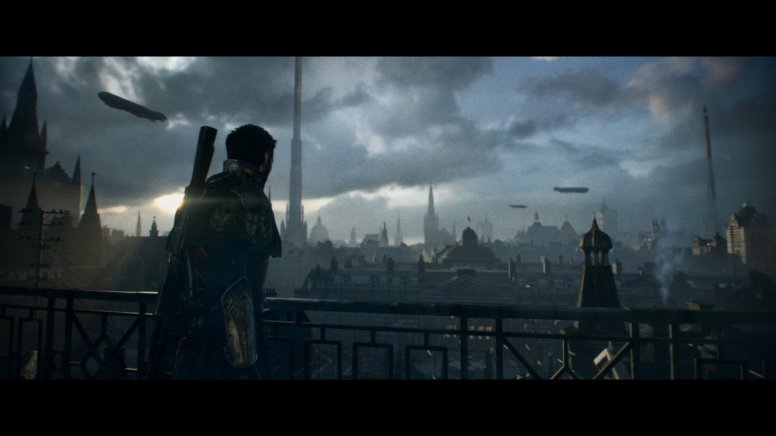 But it is easy for me to demand this of multiplayer games when they aren’t typically my cup of tea.  How about shorter singleplayer games that cost $60?  Should they drop in price as well?  Games such as The Order 1886 and Until Dawn aren’t only singleplayer only, but they also aren’t infinitely replayable like most multiplayer games are.  I’m more conflicted about this, but I do generally think that they should at least experiment with lower price points.  On the player’s end, The Order is not worth $60 (or your time), but it is evident that it was not a cheap game to make.  If what Cliff Bleszinski said was true, then singleplayer games cost much more than mutliplayer games do on the development end.  But as players should we care about that?  And even if we do, might these developers see more success at a $40 price point anyways.  Ratchet and Clank came out last month for $40 and is just as fully featured, if not moreso as The Order.  It also managed to chart at #2 on April’s NPD while The Order came in at #9 during it’s launch month.  That’s obviously not the best metric to go by, but for what it’s worth Ratchet also released in a more crowded month than The Order did so I think it’s safe to assume that it will ultimately be the more successful of the two games.  (Ratchet was also much more positively received, which could be the entire reason for that discrepancy).  Maybe Sony is more inclined to feel okay with selling something that’s seen as a kid’s game at that price in order to appeal to parents while putting The Order at $40 might just make it look cheap.  However, if we are going to get to the point of true price flexibility, then publishers need to start releasing high quality games at lower price points in order to acclimate us to that notion. 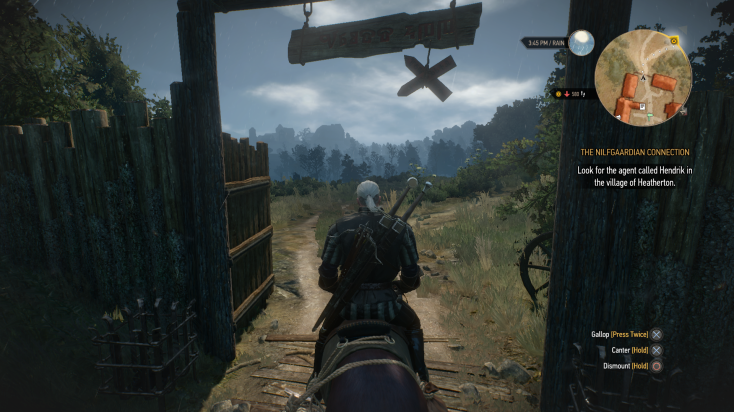 And while we’re at it, let’s discuss the elephant in the room.  If we expect developers to charge less for certain games, should we also allow them to charge more for others?  Putting aside the fact that game prices have not kept up with rising inflation, there are just some games out there that have a ton of content, high production values, and completely reasonable downloadable content plans.  Is anybody going to suggest that The Witcher 3 would not be worth an extra $10?  But while I do think that developers should be able to experiment with this, I also think it might open the door to some worrying trends.  The first is that it would ultimately be saying that open world games are more valuable than other games.  And in a sense, that isn’t wrong.  They are expensive to make and offer a ton of content.  However, I don’t like the message that sends.  Seeing a game succeed at a higher price point could cause publishers to force developers into making those types of games.  It could also lead to games that aren’t worth that $70 asking price attempting to succeed there.  In fact, I find it hard to see both $40 and $70 games existing alongside each other.  But I want to see somebody try it.  I want to see CD Projekt RED, Square Enix, EA, or anybody come out and say that they think their game is worth $10 more than every other game on the market and see how successful they are.  If the content is there people might bite, but I’m not too sure that they would.

I don’t expect either $40 or $70 games to become a regular thing, and I don’t know if the industry can sustain that level of price flexibility.  Plus, it’s easy to remember that prices aren’t stagnant and will always drop after a product’s launch.  But that first month is so important and I think that these solutions could really yield some interesting results.  Plus, I just hate to see a developer like Respawn change the content to fit the price and not the other way around.  Ultimately, I just want to see people experiment.  We will never know if we don’t try, and I think that an industry in which I can go into a store and buy new games ranging anywhere from $30 to $70 is a much stronger industry than one where every new game costs $60.